GPU for Streaming and Gaming to Multiple Broadcast Platforms

By using an OBS GPU server, streamers can avoid the high costs and maintenance requirements of owning and operating their own dedicated hardware. The service is accessible from anywhere with an internet connection, making it an ideal solution for streamers who want to deliver a professional-quality broadcast to a global audience.

RTX A5000 achieves an excellent balance between function, performance, and reliability. Assist designers, engineers, and artists to realize their visions.

How to Select a OBS Dedicated Server

The companies manufacturing GPU chips include Nvidia, AMD, EVGA, ASUS, MSI, and Gigabyte. Nvidia has a larger market share. EVGA card may be more expensive because it is more like a high-end brand, while a Gigabyte card is more budget-friendly.

The newer GPUs feature ray tracing. Ray tracing creates more realistic in-game lighting effects. This does have an impact on the overall graphics of games that use ray tracing. GPU with ray tracing function usually has an "RTX" label in the product name.

Since the GPU emits a lot of heat, it is important to have enough fans to cool the GPU. If the GPU is running very hot, we will ensure that the rest of the PC has enough fans to keep the temperature cool.

Each GPU has the recommended minimum power in watts. The power supply in the data left must comply with this requirement because it powers not only your GPU but the entire PC and all its components.

OBS has improved support for NVIDIA GeForce GPU. OBS Studio 23.0 will utilize the NVIDIA video codec SDK, which will greatly improve performance and reduce the impact of streaming and recording on FPS. We also adjusted some background settings of NVENC to improve the quality, especially for RTX series GPUs.

GPU servers support slmost all Live Broadcast Platforms. Nvidia Broadcast will work with a variety of apps including the following.

How to Start a Live Broadcast Using the OBS GPU Server

We offer cost-effective and optimized NVIDIA GPU servers for Keras.

Remotely connect to your GPU servers.

Install your games for OBS streaming.

In streaming GPUs, you need to look for high VRAM and high-quality built-in coding (NVENC). When you stream, this will relieve the pressure on your GPU and make it easier. In addition to the built-in encoder, DLSS is a great feature that allows video cards to run games at a very high resolution.
Because of new functions such as DLSS and encoder, GPU streaming media is becoming easier and easier, and most modern video cards are using such functions. 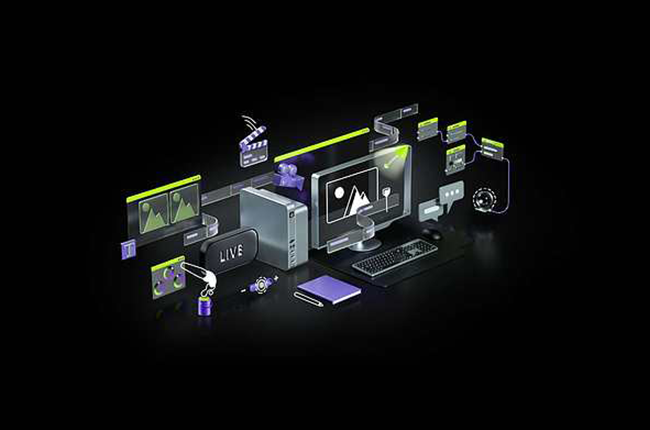 With OBS GPU servers, streamers can focus on delivering their content and engaging with their audience, while leaving the technical details to the hosting provider.

Why does OBS use GPU?

OBS live broadcast requires games and video streams to run simultaneously, which requires GPU to provide performance acceleration because it must synthesize and render game scenes.

Can OBS render with CPU?

Although this may be technically feasible, GPUs are still more efficient than CPUs in performing such tasks. In most cases, using the CPU will have a negative impact on the system, rendering, and coding performance.

What factors will affect the normal operation of OBS Streaming?

How to prevent GPU overload?

Preventing GPU overload comes down to preventing your GPU from doing more than it must. If your GPU has unlimited processing power, you can continue to run all games at an unlimited frame rate. However, this is not the case. Even a powerful GPU has only limited resources to do things. This means that if we want it to do many things (for example, playing games, synthesizing and rendering OBS scenes, doing all the other things that the operating system wants it to do, running hardware coding without a dedicated chip, etc.), we must improve the model and number of GPUs.

When do I need a professional GPU?

Extensive support from manufacturers and software suppliers unique to professional GPU is required.
Use highly optimized programs for professional GPUs (e.g., high-end CAD/CAM applications, scientific and engineering simulations, etc.) that use additional VRAM, processing units, and ECC memory.
It requires functions such as virtual GPU or the ability to drive a large number of high-resolution displays or run stereo 3D displays.
Need to run multiple GPUs 24/7 in a compact server environment without periodic downtime for maintenance (driver updates, etc.)
It is believed that the certified reliability and functions of professional cards will prove that they have higher upfront costs than consumer cards.

What RTX is good for streaming?

Nvidia Quadro RTX A5000 is the best card for streaming because you'll be able to stream in 4k while keeping your frames above 60 and even 100 for most games. The only real downside to this card comes from its power usage. NVIDIA recommends a 750W PSU (power supply unit) for running this card.

Is GeForce good for streaming?

How to virtualize a GPU server so that it can run multiple obs applications at the same time?

Virtualizing a GPU server to run multiple OBS applications at the same time involves using virtualization software, such as VMware or Hyper-V, to create multiple virtual machines (VMs) on the server. Each VM is isolated from the others and can have its own operating system and software stack, including OBS. Here's a general outline of the steps to virtualize a GPU server for OBS:
1. Install virtualization software on the server: Choose a virtualization solution that is compatible with the server's hardware and operating system.
2. Create virtual machines: Use the virtualization software to create multiple VMs on the server. Assign the appropriate amount of CPU, memory, and storage to each VM.
3. Install operating systems on each VM: Choose the operating system that you prefer, such as Windows or Linux, and install it on each VM.
4. Install OBS on each VM: Download and install OBS on each VM.
5. Assign GPU resources: Use the virtualization software to assign GPU resources, such as dedicated GPU memory, to each VM. This will ensure that each VM has the necessary GPU resources to run OBS smoothly.
6. Configure network settings: Set up the network settings for each VM, such as IP addresses and firewall rules, so that the VMs can communicate with each other and the outside world.
7. Start the VMs: Start each VM and log into them. Launch OBS on each VM and test the live streaming and recording capabilities.
By virtualizing a GPU server and running multiple OBS applications on separate VMs, you can maximize the use of the server's GPU resources and provide isolated environments for each OBS application, improving the performance and stability of your live streams.
Contact Us and Get a 3-Day Trial Now!

Leave us a note when purchasing, or contact us to apply a trial GPU server. You have enough time to test the performance, network latency, compatibility, multiple instance capacity, etc.

$20 will be credited to your account once you recommend a new client to purchase servers. Rewards can be superimposed. 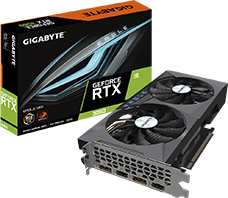